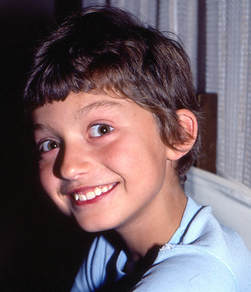 Biking downtown on a BMX with coaster brakes and tiny wheels was spin class as a kid growing up in Saskatoon. The mid-sized Prairie city in the heart of Canada's bread basket was small enough we could get from our Exhibition-area neighbourhood to the Midtown Plaza in about half an hour. We had our choices of three bridges to cross the South Saskatchewan River, each with their own built-in hazards.

When we weren't busy exploring downtown or hitting the movie theatres in the summers, we were riding our bikes over the BMX tracks, playing baseball in the schoolyard, or just generally building up our bone density and our character. It's those experiences that have shaped my books. With relatable characters, realistic settings and relevant themes, I want to hook young readers from the opening line of the first page. That's thanks to my journalism background.

After Saskatoon, we moved to Ottawa when I was 13. Eventually, I landed in the journalism program at SAIT Polytechnic in Calgary, graduating with a Journalism Arts diploma in 1998. From there, it was newspaper jobs across the Prairies and into Northwestern Ontario. While working for The Chronicle-Journal newspaper in Thunder Bay, Ont., I was part of an award-winning sports journalism department and was twice nominated for the Sgambatti Award for the top journalist covering college athletics in Canada.

I'm now settled in Kelowna, B.C. Through my work with GlobalPost (now part of Public Radio International), my non-fiction writing has appeared on websites such as CNN Public Square, Salon and Business Insider. I continue to contribute to Castanet Media and The Daily Courier locally.

Fiction is where I'm heading, though. My third juvenile short fiction book, Free Runner, was published by Lorimer Children and Teens in spring, 2018. Of course, all of that comes after my day job is finished: being a dad to three little girls. Despite the long hours and lousy pay, I couldn't be happier in that role. The benefits are incredible and my co-workers are incredibly supportive. You can read about the unique challenges on my blog, They Have Me Surrounded.